More pics of the kid 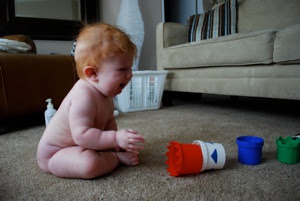 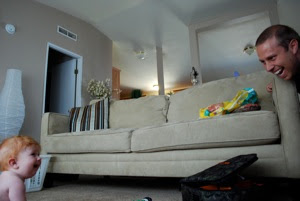 I gave Tanner a bath in the sink.  He was really cute just sitting there.  He only started slipping around at the end when he was trying to grab the sprayer from me.  Then we did a little photo shoot afterward to show off his cute little birth mark on his tooshie.   He even had a screaming match with his daddy at one point.  Naked babies are so cute!!!

So Tanner needs constant attention 24/7.   I guess that’s part of being an oldest and only child (so far).  But I desperately need to get work done around the house.  And I figure since he can sit up now, he can play for at least 45 minutes by himself at a time.  Well, not according to him.  I need to be sitting there with him watching every little thing he does.  So, the other day I unpacked my doll that I got when I was in “Phantom”.  A friend of mine gave it to me when I left the show.  It’s a photographic mini version of myself in one of my costumes.  Tanner can tell it’s me, and he stares at it in disbelief wondering how I got so small.  Anyway, I set the doll in front of him as he was playing and all he did was stare at it...like he was almost waiting for it to make a move. 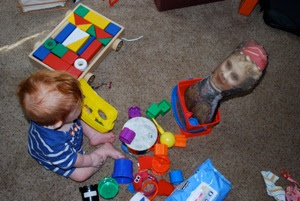 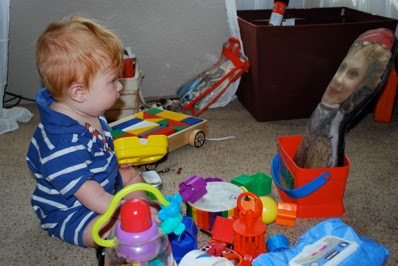 Yes our little man is finally growing up and starting to eat big people food.  Well, he’s really not “eating” it, he’s mostly just wearing it.  The very first food we introduced to him was avocado.  I gave him a little baby spoon with some on it to play with.  He grabbed the spoon and shoved it in his mouth while most of the avocado slid down the side of his cheek and into his hair and neck.  He then continued to paint with it on his highchair table top.  It looked like he was having a lot of fun.  After all that mess, we gave him a little bit of white grape juice to wash it all down in a sippy cup.  A big thanks to my friend Jill for giving us the “take and toss” cups and bowls so Tanner can have something to eat his first foods in.  Thanks Auntie Jill!!! 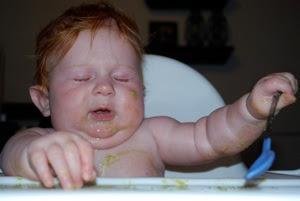 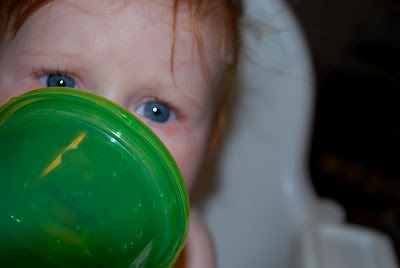